everything you need to know about anxiety and CBD

Fear and anxiety are natural physiological responses that are essential to coping with threats to our survival as human beings.

It can often feel uncomfortable, but those feelings of apprehension you may experience about what is to come, irrespective about how subjectively big or small, is your body’s natural way of promoting action.

For example, you may feel anxious about an upcoming exam or job interview and this may encourage you to take steps to prepare for it.

In truth, that exam you are sitting or job interview you are preparing for is sadly not an isolated anxiety inducing event. It is more likely part of a wider narrative of the highly demanding pressures of modern life coming at us from all angles. As we approach 1 year into the pandemic this is truer than ever. This can ultimately create a compounding effect which may lead some of us to developing Generalised Anxiety Disorder (GAD) and other associated conditions. GAD is a medical condition that causes you to feel anxious about a wide range of issues and situations, rather than one specific event. It is important to note that the actual cause of anxiety disorders remains unknown and is most likely a combination of several contributing physiological, genetic and environmental factors. 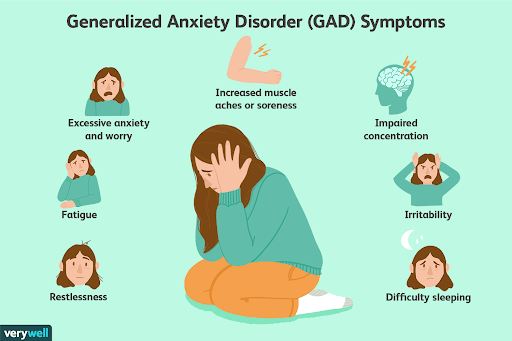 Data from the WHO shows an estimated 284 million people around the world experienced an anxiety disorder in 2017, making it the most prevalent mental health or neurodevelopment disorder. In the last decade especially, we have seen the negative stigmas around speaking about our mental health addressed, where more and more people feel increasingly comfortable seeking help.

This of course has led to an increase in diagnosis and treatment. Treatment includes, but is not limited to, psychological therapies and/or prescribed pharmacological medicine. Pharmacological treatments include serotonin reuptake inhibitors (most widely prescribed such as sertraline and fluxotine) and benzodiazepines (such as xanax, diazepam), as well as several others, or even a combination of them. Comorbidity, the presence of one or more additional conditions co-occurring with a primary condition, is prevalent in those suffering from anxiety disorders. Due to an overlap in the genetic and environmental influences causing anxiety, those suffering from it are more likely to also be diagnosed with major depressive disorder, bipolar disorder, eating disorders or certain personality disorders. This, as well as other lifestyle factors, can quickly lead to polypharmacy, the concurrent use of multiple medications by a person, and of course this comes at a metabolic cost.

Pharmacological treatment has indeed helped millions of people manage their mental health conditions, however this comes at the cost of a high side-effect profile, poor long-term treatment effectiveness (where the medication may not be as effective when taken for a prolonged period of time as it was at the start) or in the case of benzodiazepines, risk of dependence and addiction.

In recent years we have seen a paradigm shift in our understanding of our health to a more holistic approach to our well-being, looking to alternative ways to help address the ailments caused by modern life & medicine. This includes physical activity – regular exercise, yoga, breathing exercises as well as alternative medicines such as cannabis-based medicines, apoptogenic herbs or psychedelics. Cannabidiol (CBD) in particular, a naturally occurring non-psychoactive compound found in the cannabis plant, has shown great promise in the early stages of its clinical research in relieving anxiety effectively.

CBD is one of over 100 phytocannabinoids found in the hemp plant. In our bodies too, we have our own highly complex cannabinoid system. Known as our Endocannabinoid System (ECS), this system is concerned with pursuing homeostasis, or balance, throughout the body. When our cells, organs and systems begin to shift away from their balance points, our ECS kicks in. 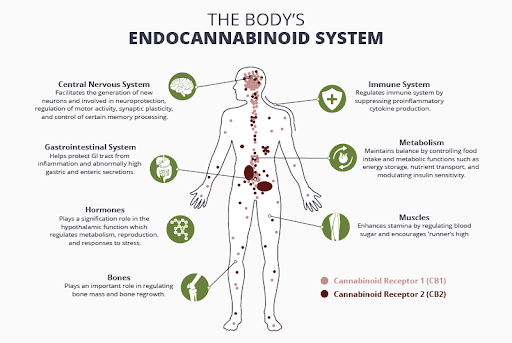 Anandamide is a naturally produced endocannabinoid which is crucial in supporting our ECS’s function of maintaining homeostasis. Through its interaction with our endocannabinoid receptors, anandamide has a profound impact on a host of physiological mechanisms, including appetite, mood, pain management, and even fertility. Anandamide however is molecularly fragile and is broken down quite easily.

Essentially, it does not stick around in the body for long. Curiously however, ingesting CBD has been shown to result in increased levels of Anandamide in the body, where scientists have discovered that CBD in fact inhibits the enzyme responsible for breaking down anandamide. Understanding this is crucial in understanding why CBD can help with so many different ailments, including anxiety.

Ester Blessing, a researcher at the New York University School of Medicine conducted a comprehensive review of the current preclinical, clinical, and epidemiological studies pertaining to the potential risks and benefits of CBD as a treatment for anxiety disorders in humans. They found that the existing preclinical evidence strongly supports CBD as a treatment for GAD, panic disorder, social anxiety, obsessive-compulsive disorder and PTSD. Likewise, evidence from human studies also supports an anxiolytic (anxiety suppressing) role of CBD. Outside of research, with CBD becoming increasingly accessible across the world, where it can be legally purchased over the counter throughout Europe and North America, there is a myriad of anecdotal evidence of people swearing by its anxiolytic effects.

With regards to dosage, there is no one size fits all approach, and dosing varies in trials from 25 mg to 300 mg a day. We would recommend starting low (2-4 drops of our Restore 1500mg oil) and increasing to find the right therapeutic window for you. 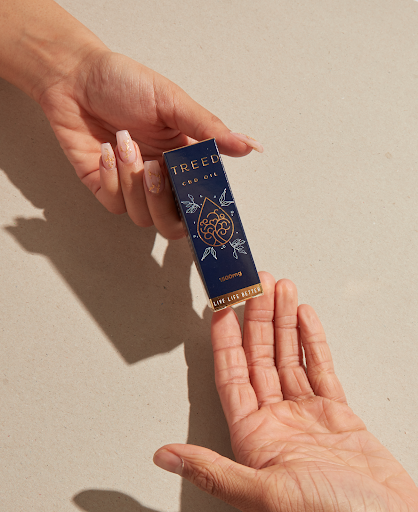 Interestingly then, why are we not commissioning further trials and study in larger clinical populations at a rapid rate? CBD has a low side effect profile, has been proven non-addictive and has no risk of overdose. I have seen first-hand how it can help combat the negative outcomes that come from polypharmacy, particularly the drug cocktails prescribed to those suffering from mental health conditions. The answers are long and complex and mainly political, where the cannabis plant remains a controlled substance due to it’s complicated legal history in the West.

As the tides towards full legalisation gather, this will change. It is only a matter of time before the healing therapeutic properties of the cannabis plant will be further collaborated and understood through further research and study in the relevant clinical populations.