everything you
need to know
about CBD for
your furry,
four-legged
friends

“A report from the World Health Organization, declares that CBD appears to be safe and well-tolerated by animals.”

Each week, Treed gets multiple questions about giving your pets CBD for a multitude of conditions and problems, and this week, we dive in to answer your most common questions and explain our personal feelings towards CBD for pets.

So What is CBD?

Cannabidiol (CBD) is a compound in the Cannabis Sativa plant, also known as Marijuana or Hemp. Over 110 compounds, known as cannabinoids, have been identified in the Cannabis sativa plant. CBD is one of these 110 cannabinoids and unlike its cousin THC, is non-psychoactive. Hemp and marijuana are close relatives but are not the same. By definition Hemp contains no more than 0.3% THC (Tetrahydrocannabinol), the psychoactive compound associated with getting high. Hemp naturally has higher levels of CBD, a non-psychoactive compound known for helping human bodies maintain health and overall wellness and has no psychoactive effect. It does this by interacting with the body’s endocannabinoid system.

We explain this in more detail in our blog, What Is CBD?

So is CBD safe for your pet?

A report from the World Health Organization, declares that CBD appears to be safe and well-tolerated by animals. Of course, the safety of any CBD ultimately comes down to how it is extracted, and you should check the products Lab Reports for a full breakdown of product characteristics. Providing that products are legally compliant, are given at the right dose & in the correct form we believe that CBD is safe & could be very beneficial for your pet. As ever, speak to your vet before beginning to give your pet CBD. It is also important that without a prescription, it is a criminal offence to give CBD to your pet.

It is illegal to give your pet CBD without a prescription from your vet. If you’re considering giving your pet CBD, you should speak to your vet first and obtain the correct prescription so you remain compliant with UK Law.

Why should I give CBD to my pet?

Often for the same reasons humans do! Pets suffer from imbalances just like humans. Often they may be anxious when left alone (or around other animals), or can experience pain & discomfort. For example, some older dogs experience inflammation due to arthritis so CBD may help soothe their joints.

A 2019 study found that CBD can help increase comfort and activity in dogs with osteoarthritis. The following year a further study was published noting CBD may help reduce the number of seizures experienced by epileptic dogs. Eighty percent of the dogs showed improvement in their pain and mobility, as measured by two veterinary resources — the canine brief pain inventory and the Hudson activity scale. It is important to note that although these studies were well-designed and peer-reviewed, they’re still small, very preliminary & the study was funded by a CBD producer.

While these studies and others like them could give a window into CBD’s medicinal potential for dogs, more studies are needed to confirm this research. If you’re left wondering how CBD can be helpful for both humans and pets, the reason lies in the fact that all mammals have the same endocannabinoid system. As a result, there is no difference in the effect of CBD on humans and pets. 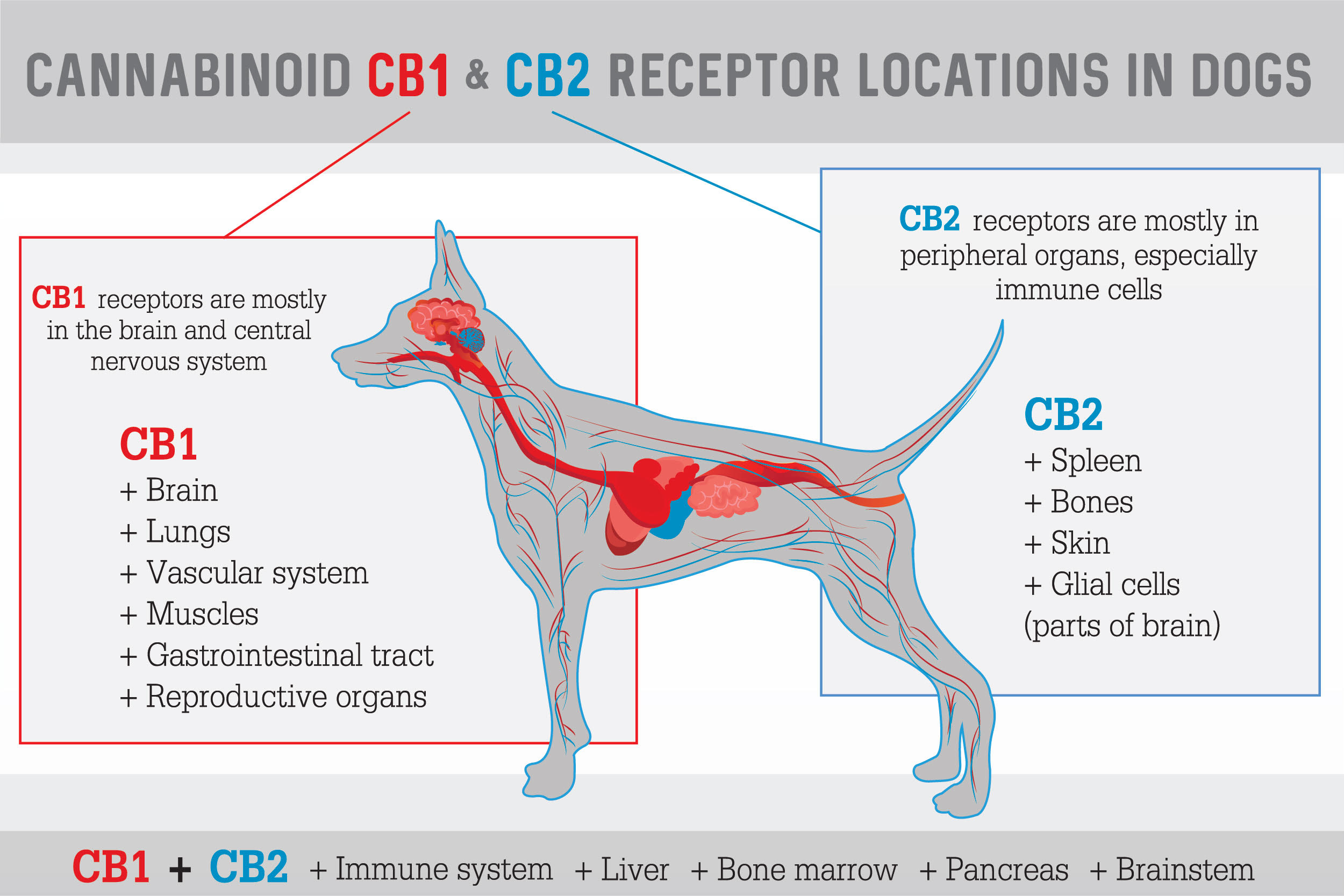 Are there any common side-effects of CBD for pets?

Whenever you decide to give your pet any supplement or medication, you should always look into any potential side effects before administering it to them. It is widely considered safe at proper dosing to give CBD to your pet.

Potential side effects for your furry friends could include:

A 2018 study also noted an increase in the liver enzyme alkaline phosphatase (ALP) during CBD treatment. Whilst not conclusive, researchers did a liver function test to make sure the dogs’ livers weren’t failing and everything came back normal so it’s unclear whether the elevated ALP levels were caused by something completely benign or could develop into a more serious problem long term.

In regards to the aforementioned study, McGrath says “I would definitely be a little concerned about giving CBD to a dog that has known liver issues,” Similarly, because CBD appears to be metabolized by the liver, McGrath says she’d also be wary about giving CBD to a dog who already takes a medication that’s metabolized by the liver, as we simply don’t know exactly how they interact right now. Therefore, it is advisable that if your pet is already on medication for its liver. We do not not advise giving them CBD.

What is the difference between human CBD and Pet CBD?

The main difference between human CBD and pet CBD is usually milligram(mg) content. As pets are generally much smaller than humans, they require far less CBD than we would consume. The other main difference is that pet CBD often is formulated with pet-friendly flavourings such as chicken or beef. Concerningly, CBD for pets seems to have poor quality ingredients & questionable CBD content.

Ultimately, we think if you wouldn’t take it yourself then it isn’t good enough for your pet.

Tom, one of the founders at Treed & the author of this blog has a nine year old Spaniel called Monty. Monty is fed a natural, raw food diet for the past 4 years after a spate of health issues being fed traditional dog food. He is a sensitive dog who can be quite anxious. On a combination of natural healthy food, and an occasional dose of CBD when he is feeling stressed, he is a happy and healthy dog which is ultimately all an owner could ask for. 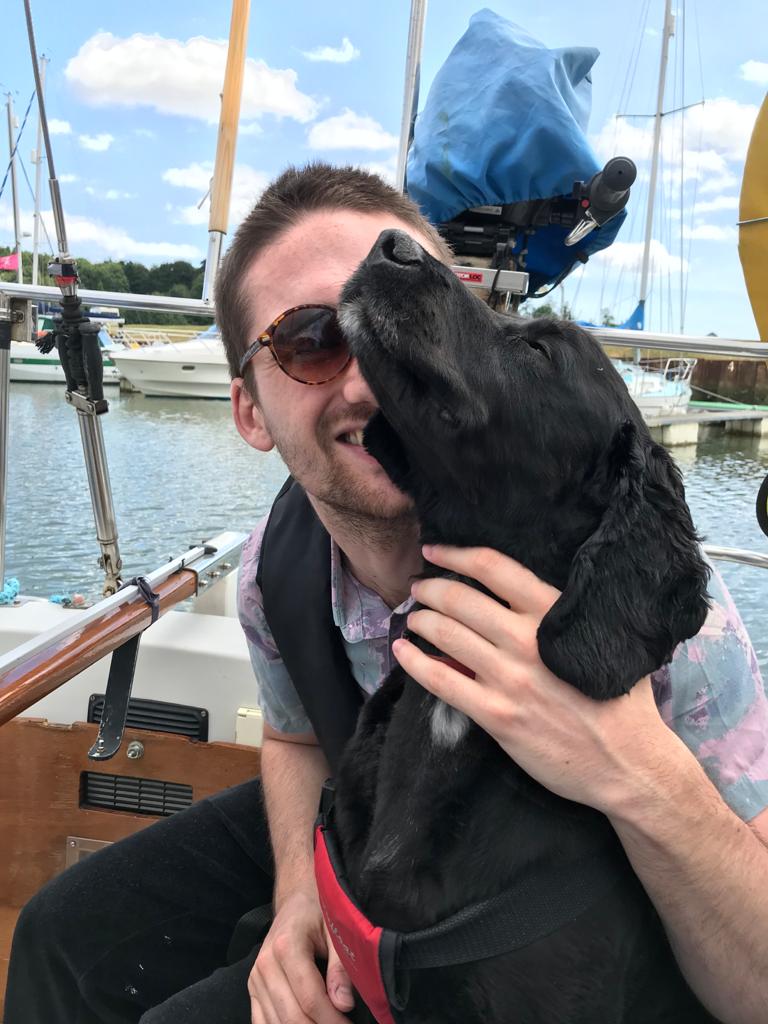 How do I give my pet CBD?

CBD pet care products come in very similar forms to those consumed by humans including edibles (chewy treats), Oils that can be added to food, or if dealing with very well behaved dogs, dropped directly into their mouths & lastly topical creams or balms that are rubbed into the skin.

If you want to start giving your pet CBD, we recommend using CBD Oil. We say this because similar to humans, it allows your pet to absorb as much of the CBD as possible into their system, thus giving them the best chance to find therapeutic relief.

If you wish to start giving your pet CBD Oil, we recommend starting with the least potent oil possible such as Treed’s 500mg Balance CBD Oil. To dose, you can squeeze the CBD drops from the pipette directly onto their tongue. For pets who may not be too fond of you trying to drop an unfamiliar taste in their mouth, you can apply a few drops to a treat before serving.

How much CBD do I give my pet?

Remember that different CBD oil products have different concentrations of CBD. The amount of CBD listed on the packaging will be the total content in the bottle, and not a per-dose amount. For dosage general advice indicates giving 0.5mg per Kilogram of body weight per day for pets. Our Balance 500mg oil is 2.5mg per drop, so if your pet weighs 20kg this would be 4 drops per day. Just like you, your pet has a therapeutic window which you need to find, so start with small doses of just one or two drops and build up to their recommended dose. As recommended above, it is best given under the tongue, but if your pet does not like this process, count the drops on a treat.

If you’re unsure about dosing for your pet or you have any further questions about CBD for your pet please email us at hello@treedcbd.co.uk

Overall, it’s important to recognize that research on CBD in pets is sparse, and not conclusive. On the other hand, there is lots of anecdotal evidence and some preliminary studies that suggest that CBD may be useful in treating certain conditions in animals. If you decide to try CBD for your dog, talk to your vet first and make sure you obtain a valid prescription to remain compliant with UK Law. Then start with a small dose and carefully monitor your pet for positive or negative effects.

As ever, we’re here to offer guidance and advice, and help your pet ultimately have a better quality of life. So try our Balance 500mg CBD Oil and begin to Live Life Better.